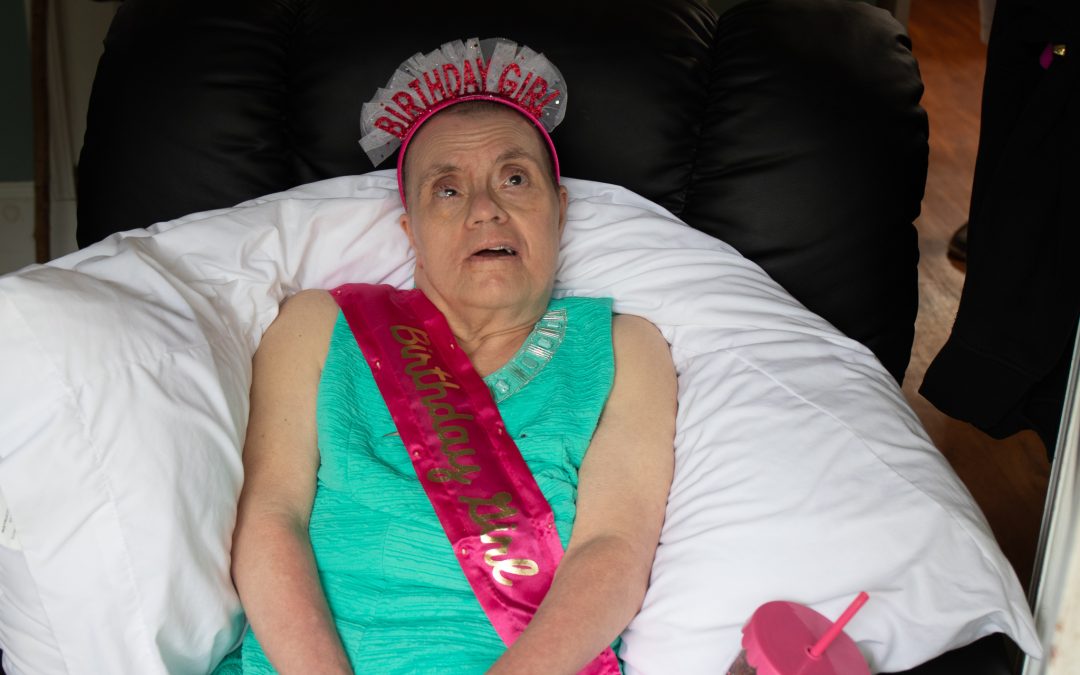 It may have looked like another gloomy upstate day was underway over the Otsego region, but this was no ordinary day. It turned out to be extraordinary. Last week, Sherry, a resident of Pierstown community home, turned 60. This typical high-energy house of 7 quickly doubled in size and energy as residents from community homes and staff members throughout the region dropped in to wish Sherry the best on her birthday. Seated on her recliner-throne in a green dress with a “Birthday Girl” sash and matching headband, Sherry awaited visitors and friends. Over the entire afternoon, Sherry took in each moment and patiently awaited cake and presents.

People bustled in and out of the house, while Princess, another resident at the Pierstown home, greeted everyone coming and going. As the house heated up with activity, a large gold “6” balloon and a large gold “0” balloon were hung above Sherry, who moved to the porch at the front of the house, where people greeted her and brought gifts. Around the corner, tables were set outdoors for everyone to tie-dye a t-shirt. Despite a little rain throughout the afternoon, everyone was eager to get outside to tie-dye a t-shirt to take home at the end of the day. When Josh, a resident of another community home, turned to Jennifer Grace, a Shared Day Habilitation Assistant, (both in the middle of tie-dying) to ask about her work hours for the day, she responded: “I’m not working; I’m partying!”

The birthday party was topped off with two large cakes and a visit from Robin, one of Sherry’s former housemates and good friend, who traveled an hour to be there for her friend. Opening presents followed shortly thereafter and Sherry’s joy lit the room as she gently unwrapped (not ripped, as was suggested!) gifts decorated in her favorite characters, Mickey Mouse, and SpongeBob. Jennifer Grace, who has worked with Sherry for 11 years, called her “a loving person” and we could not agree more.

Thank you, Pierstown, for throwing such a wonderful birthday party, and congratulations, Sherry, on your 60th year!

Use the arrows in the photo gallery below to scroll through and see Sherry’s Birthday celebration! 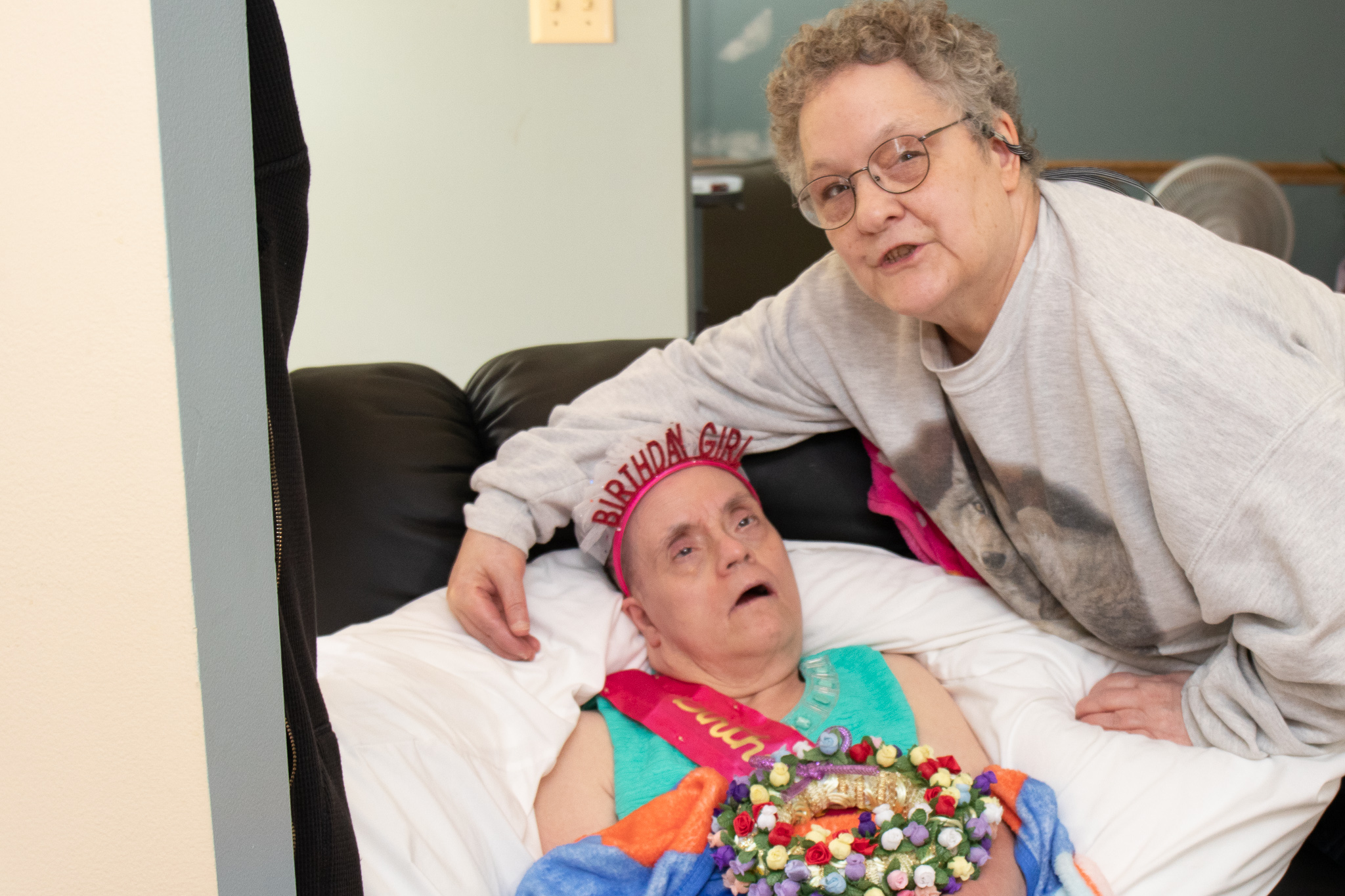 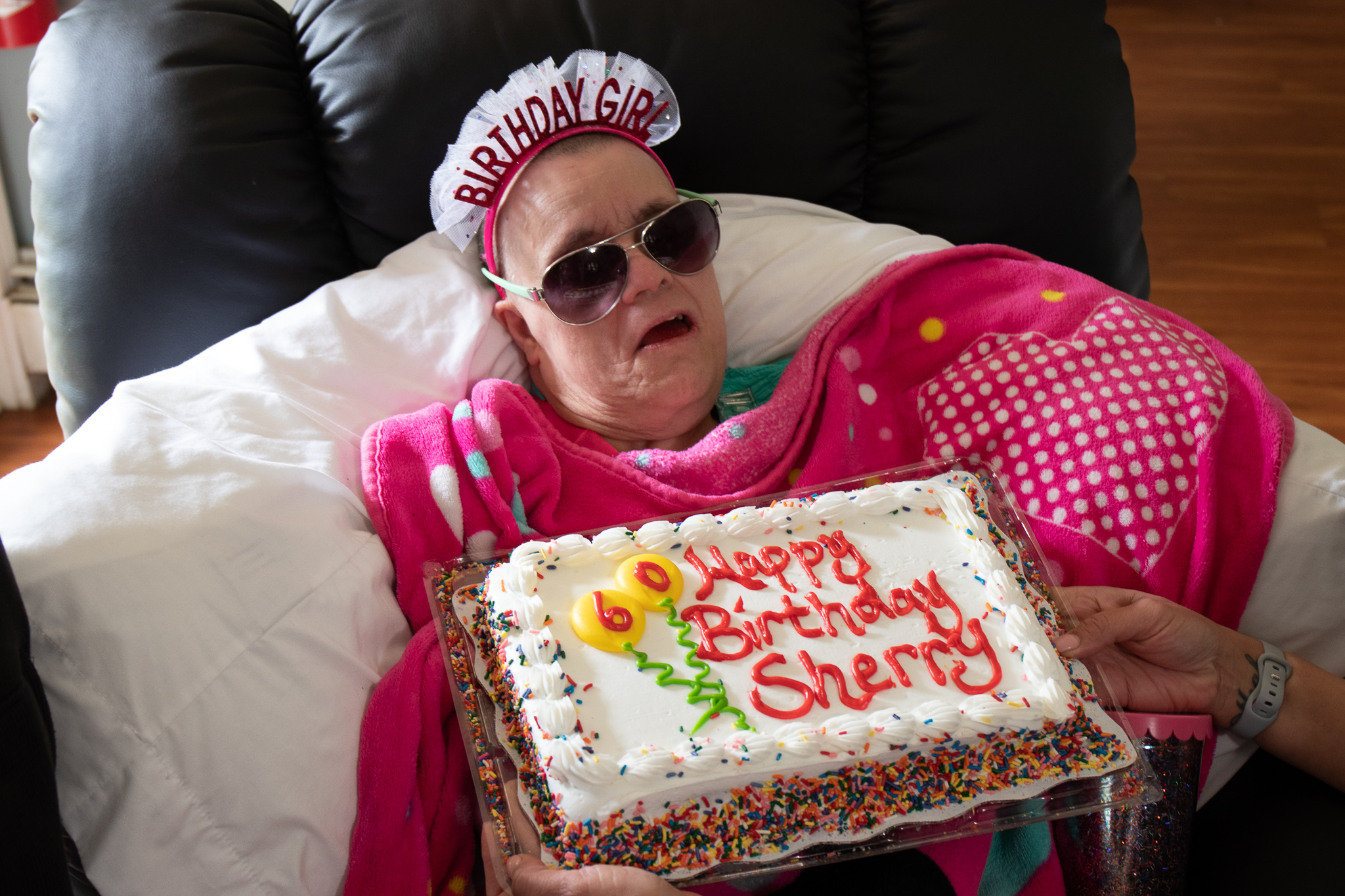 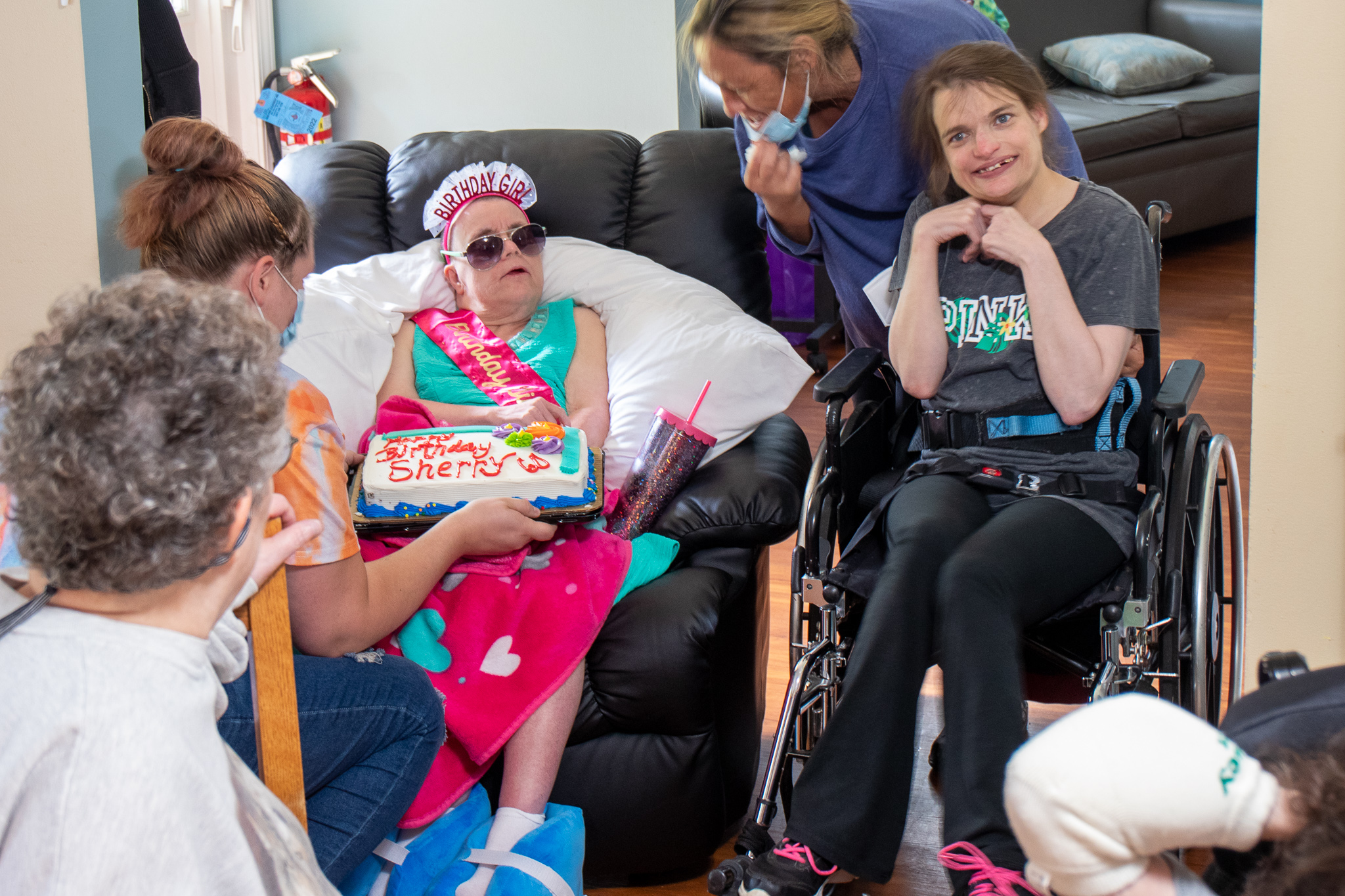 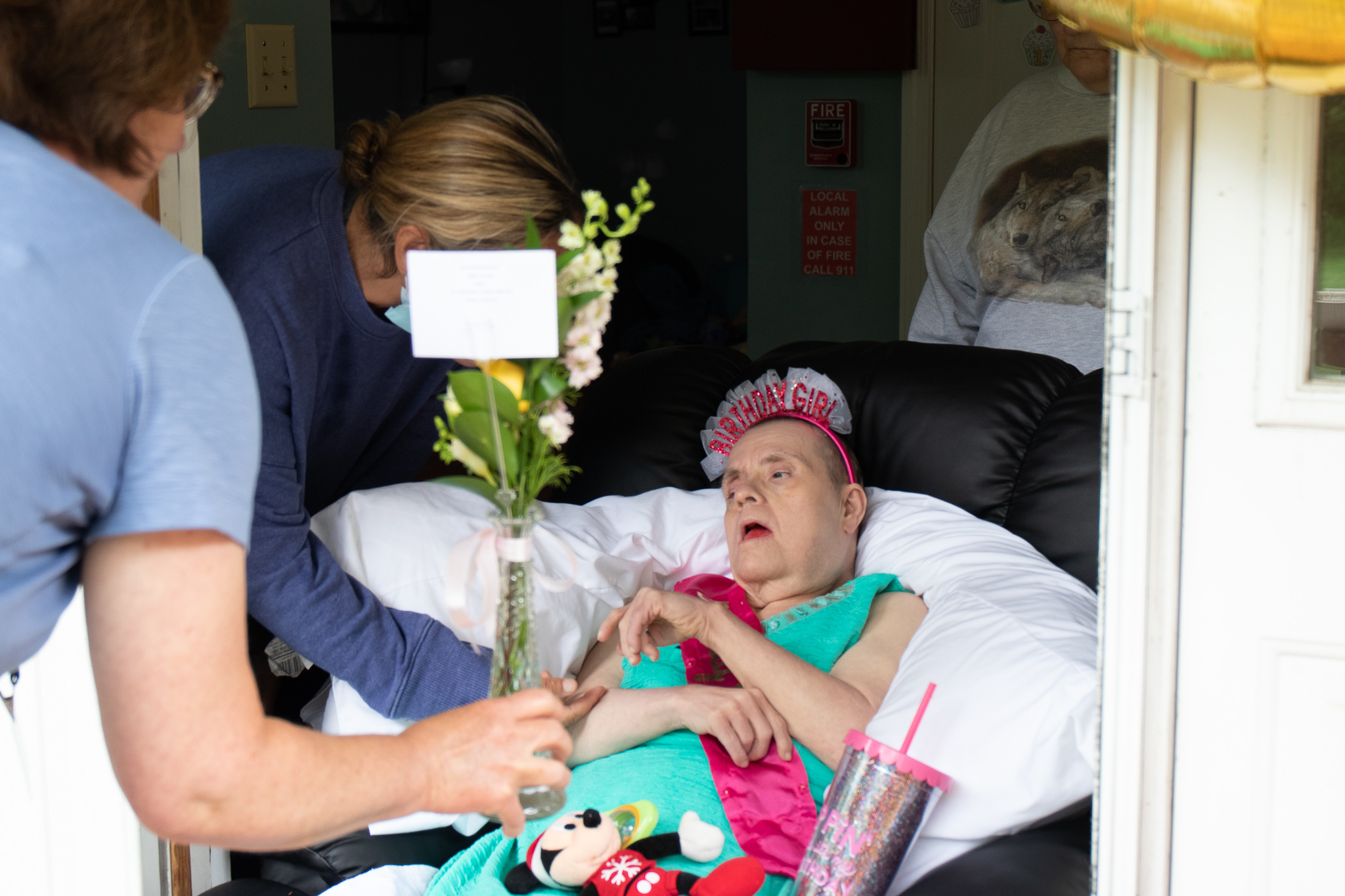 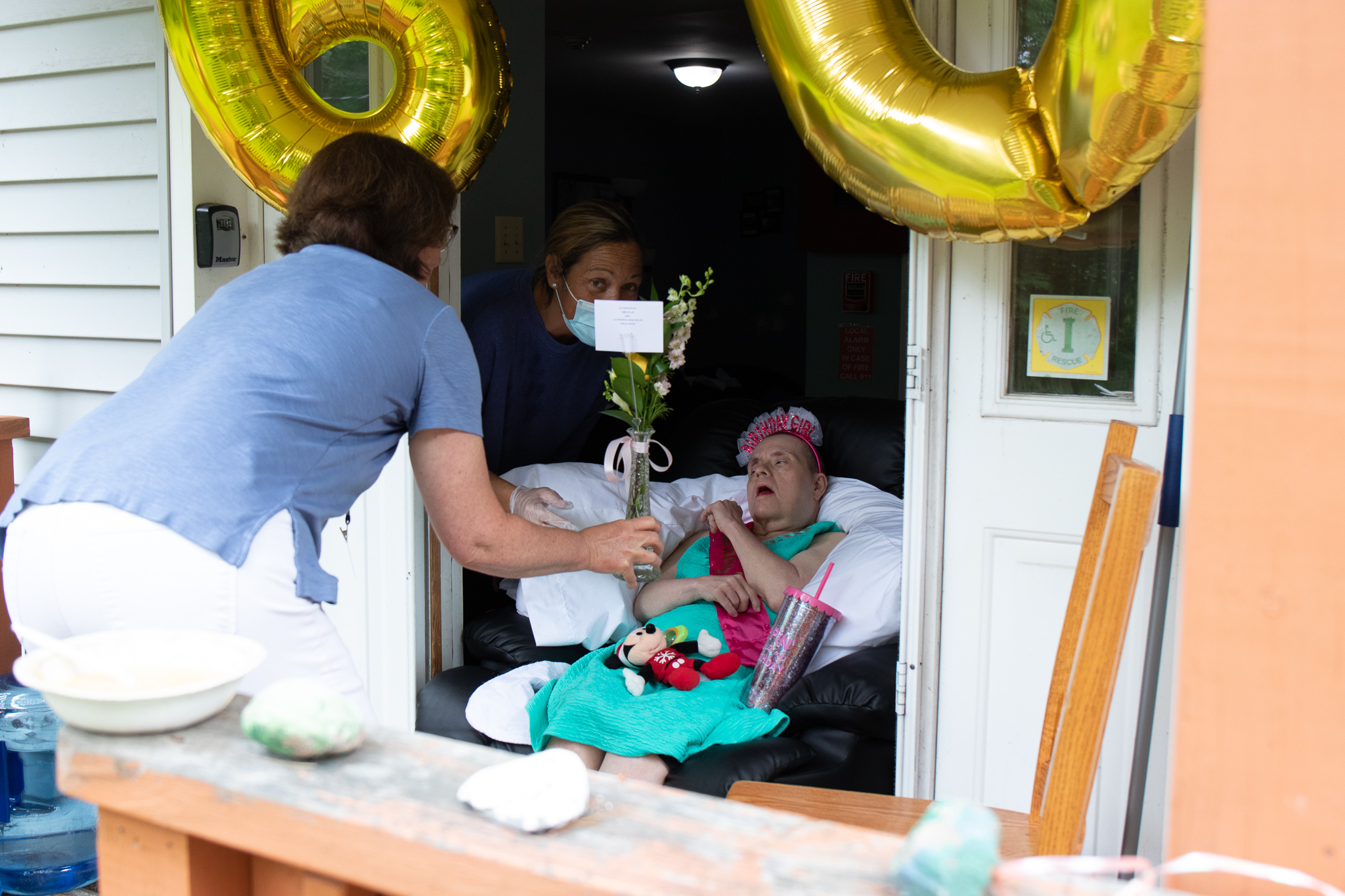 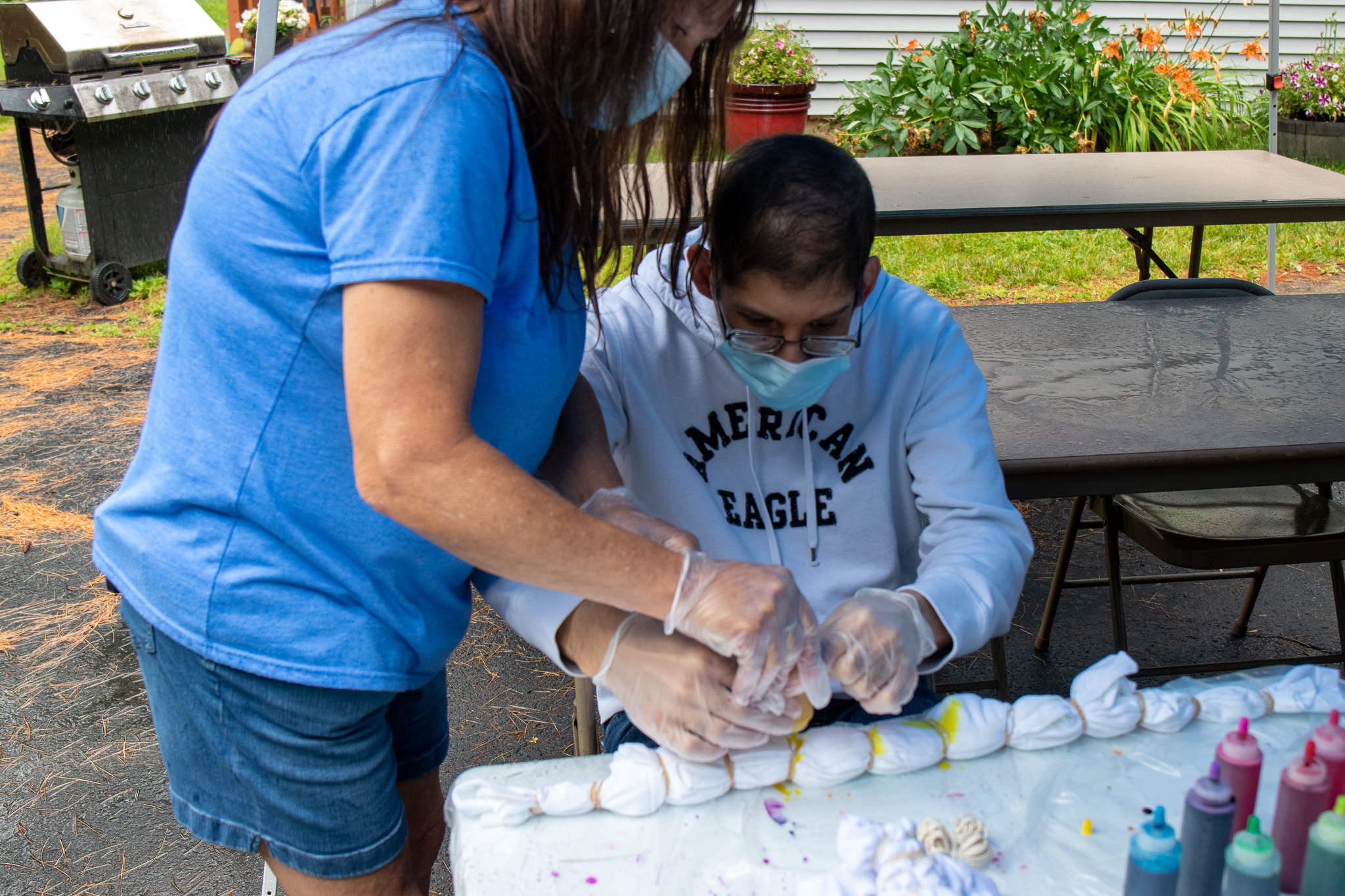 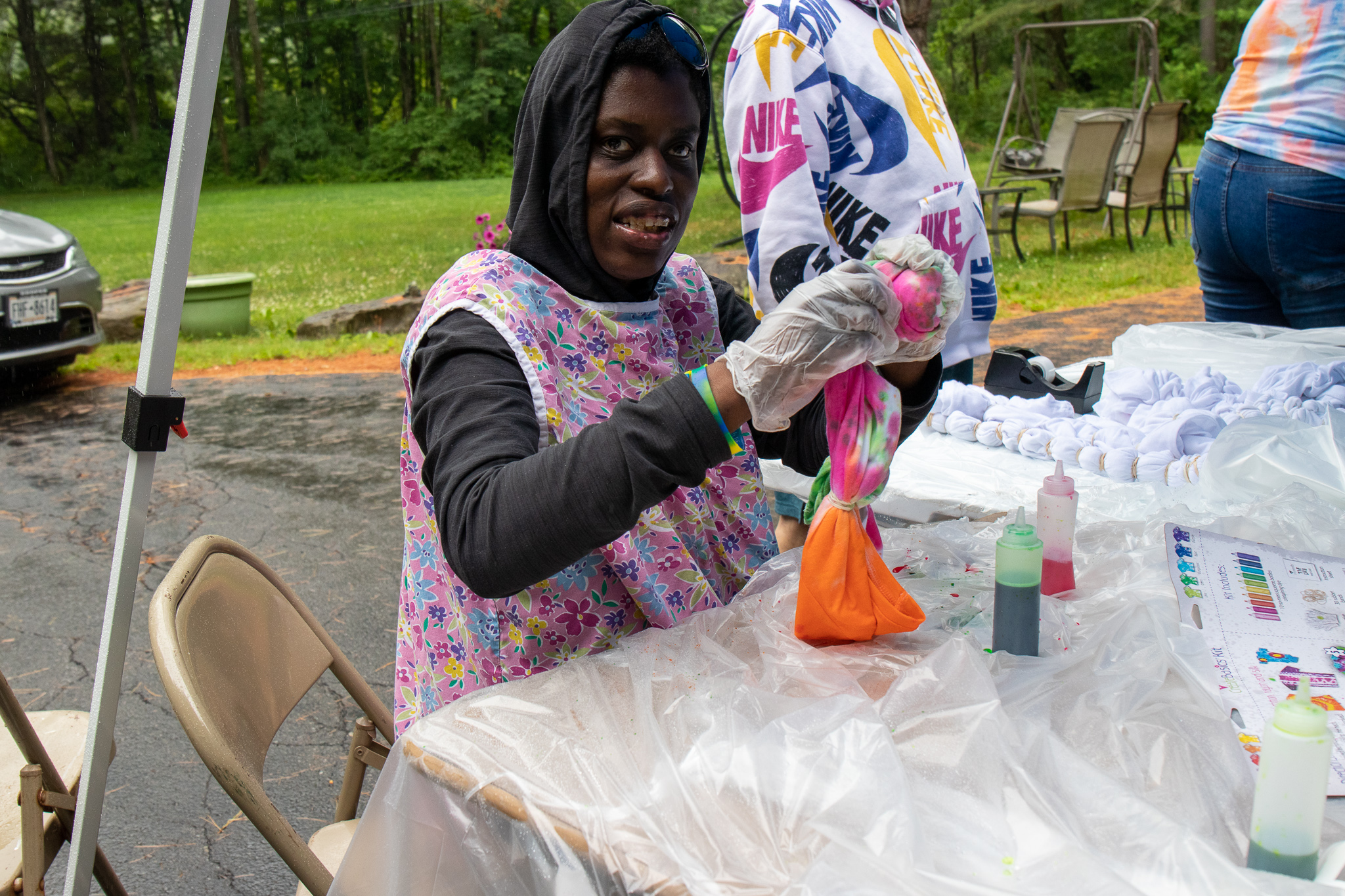 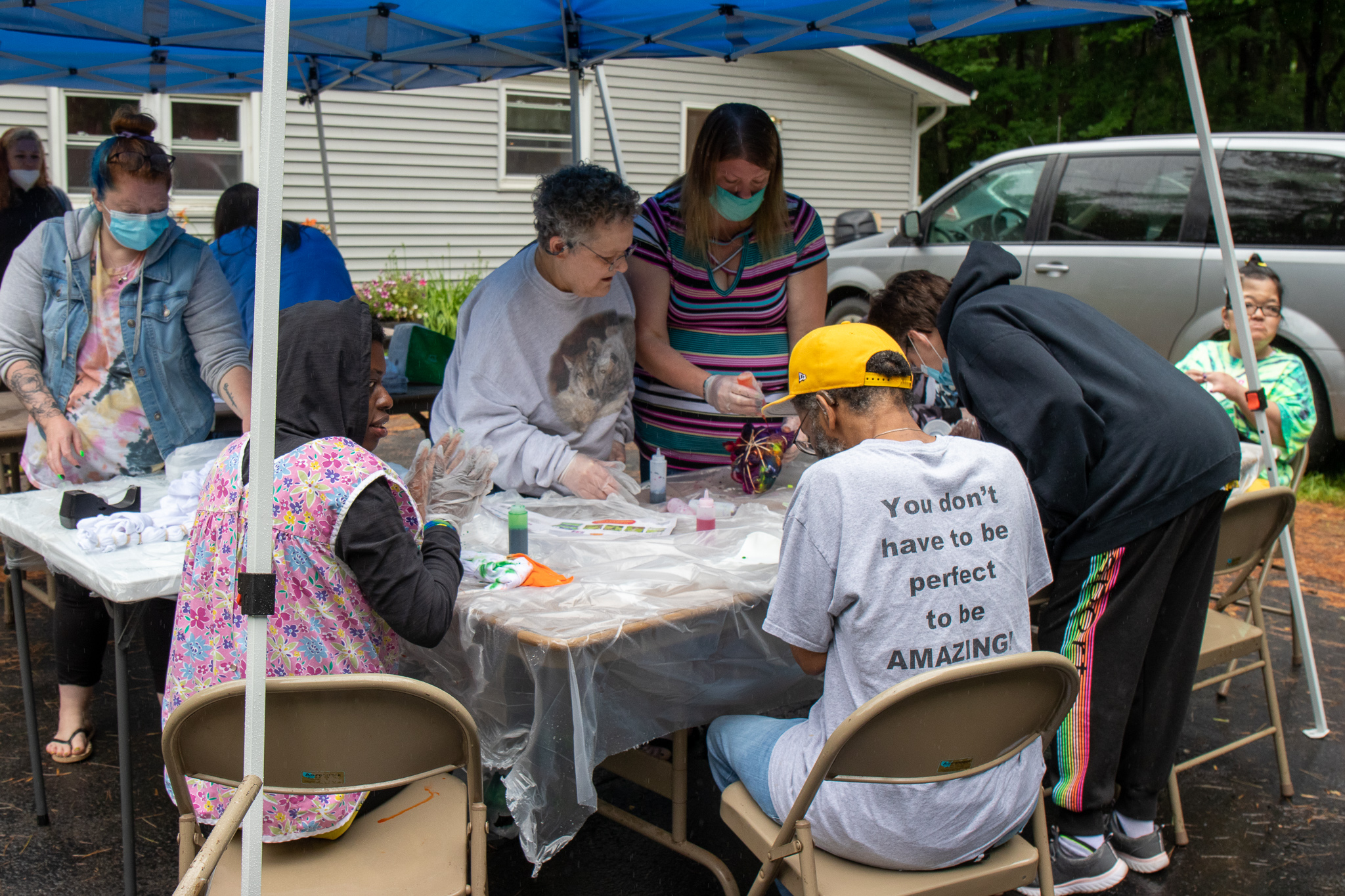 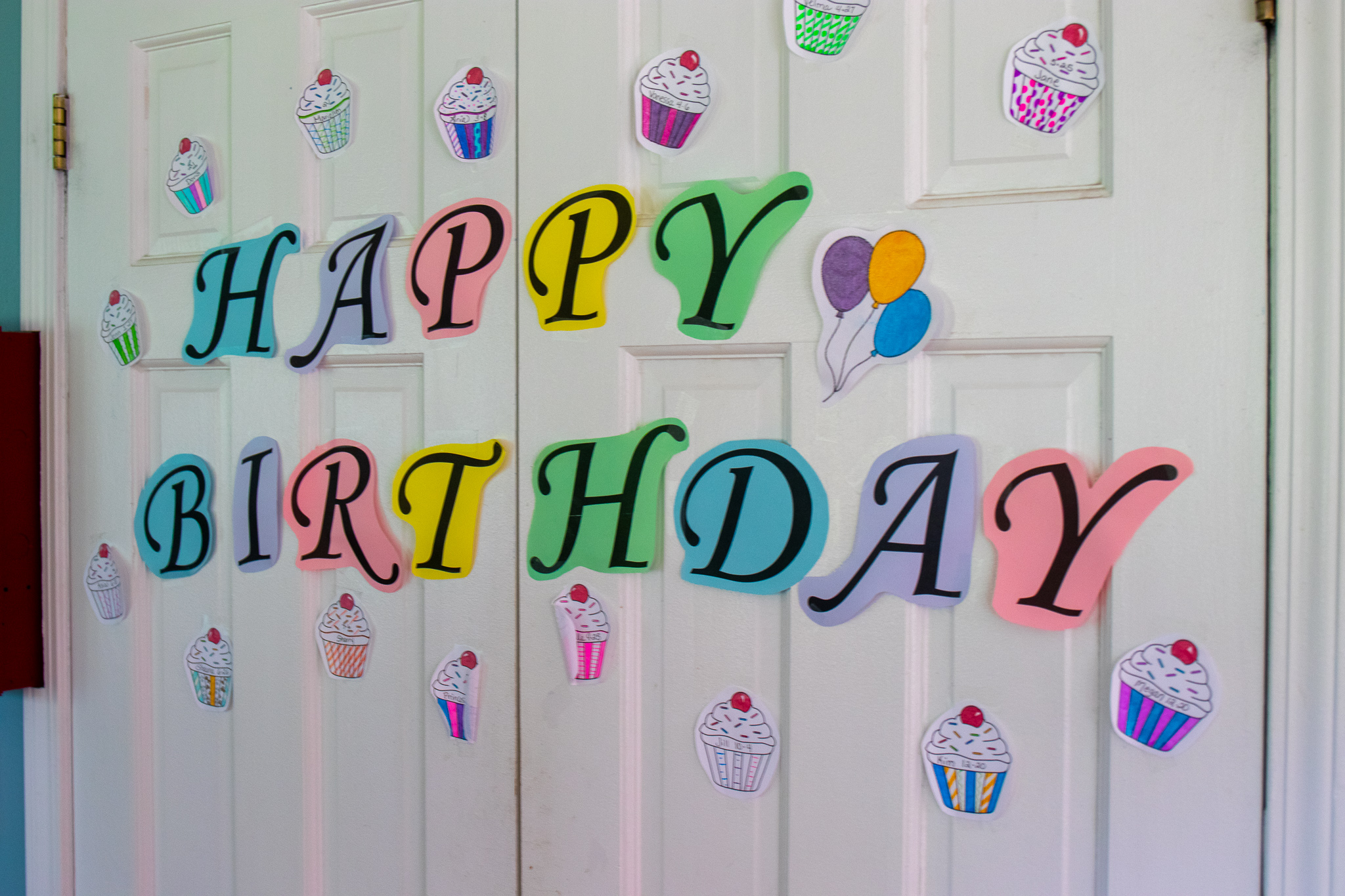 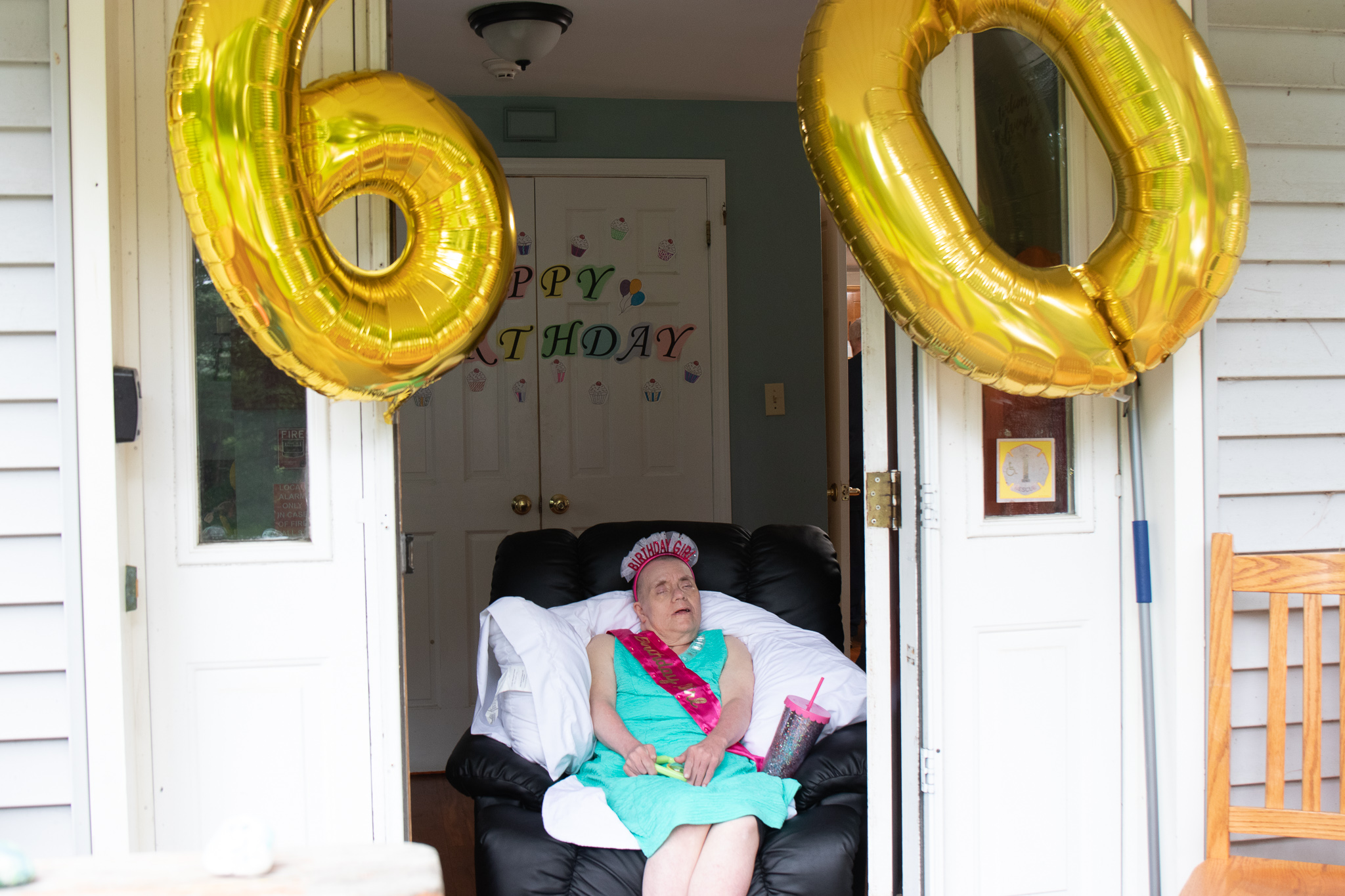