A Visit to the Earlville Community Home 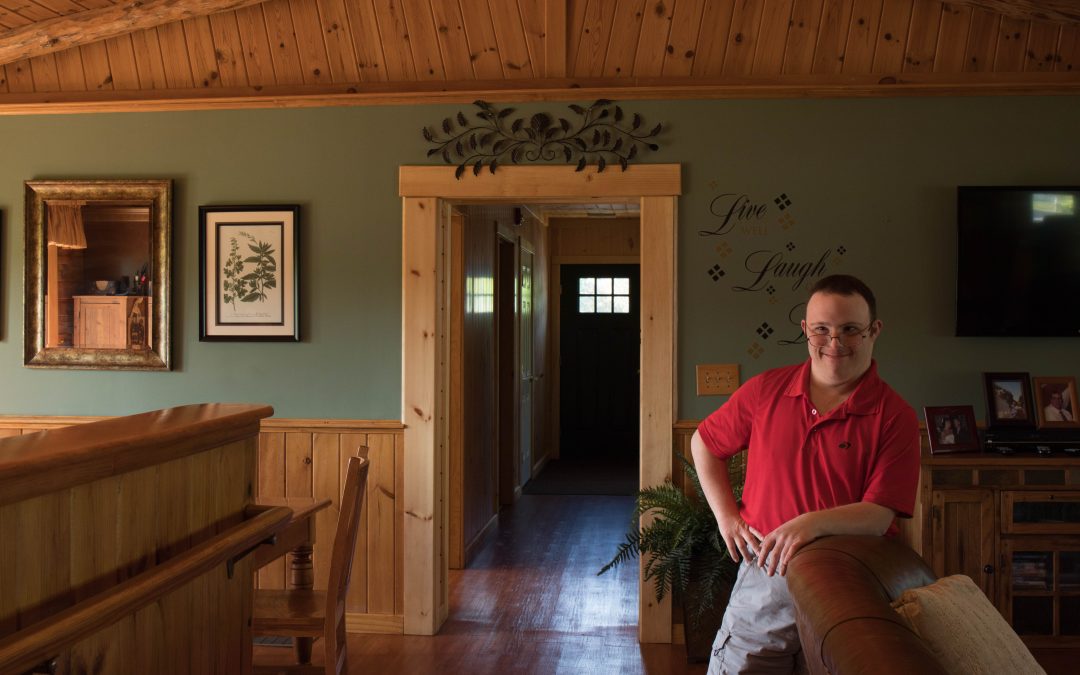 Welcome to Earlville, New York: home to the historic Earlville Opera House (circa 1892) that still serves the town today with live music and theatrical performances and a Springbrook community home of five. The town of roughly 800 people was named after the commissioner of the Chenango Canal, Jonas Earl, in 1835. The households here are small and familiar, as in any village, which is part of what makes Earlville so quaint. But what makes it truly unique is the sense of community between the neighbors of the village and the residents of the community home who call Earlville home. The house here was built in 1993 in a log-cabin style that reflects the bucolic setting of the village on the Chenango-Madison county border. This is fitting when one learns that this group of residents and staff have a love of community, the outdoors, and country music in common.

The Earlville residence is home to Stephen, Greg, Michael, Andrew, and Matt. Michael has been living at the community home for 22 years and has made lifelong friends here and continues to enjoy trips to Old Forge with the group. Summer camping is something everyone looks forward to and they frequent Old Forge up to three times in a summer. In addition to this, they make regular visits to local parks like the Rogers Environmental Education Center and park. While Matt, one of the most outgoing persons at the house, loves to gather in the backyard for movie nights. On movie night, residents and staff are often joined by members of the village community.

Then there is country music, which brings the residents and staff of this house together. Twin brothers, Greg and Steven, enjoy music and attend the concerts of their favorite country music singers whenever the opportunity arises. Sometimes, they are joined by Michael, Andrew, and Matt. This summer, Greg and Steven attended FrogFest 33, a country music festival held at the Herkimer County Fairgrounds. This year featured Dylan Scott as the headlining act. At this point, between the five men living at the home, they have seen: Chris Stapleton, Blake Shelton, Kane Brown, and other great contemporary stars of country music in concert. When not listening to music of their own, they are all dancing to it in the large living space at the front of the house.

The staff vary in the years that they have worked at the home, from Diana Johnson who is celebrating her 20-year employee milestone this year, to Linda Brooks who has been working at the house for two years. But what all of the staff enjoy is the sense of community both within the home and with the wider community of the village of Earlville. Linda, a direct support professional who has worked at the Earlville community home for two years, lives right across the street. After 25 years of living in North Carolina, Linda moved back to her home state of New York and found a new purpose, and a sense of belonging, in working at Springbrook: “When I learned that this home was in need of help, I saw it as a sign to come and work here, because my home is right across the street. […] And I had gone to school with some of the people working here, so I knew it would be a good fit.” Another staff, Kali Carpin, agreed: “Being here is like being with your family; everyone gets along.”