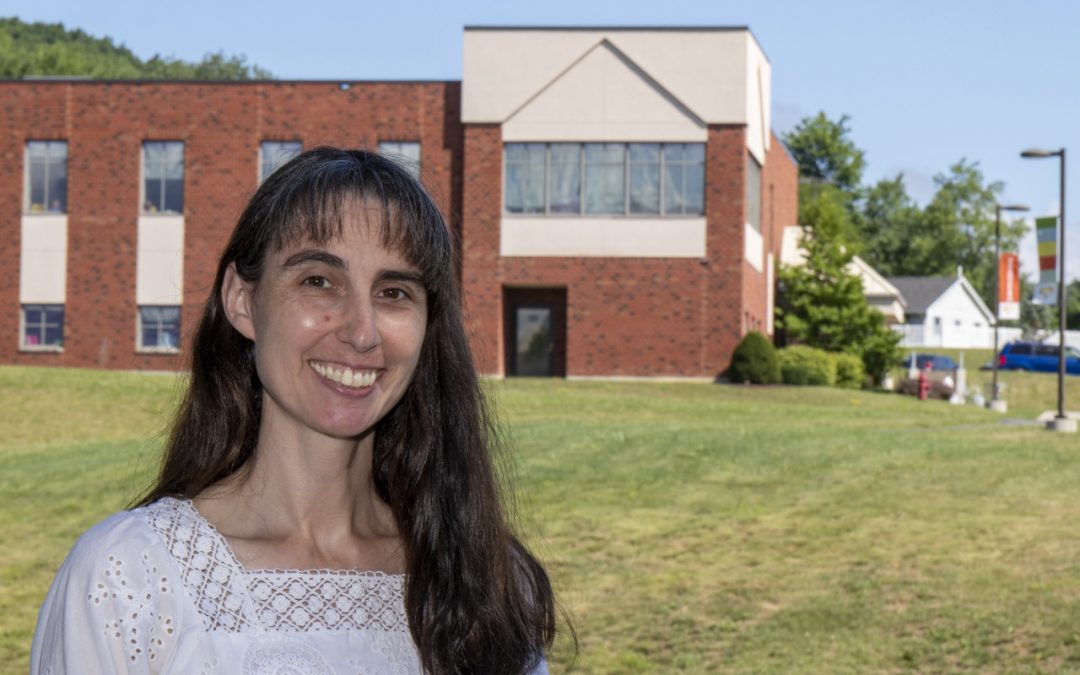 Director, The School at Springbrook

A self-described introvert, when not at work, you are likely to find Traci Lanner, Director of The School at Springbrook, sitting out in the sunshine engrossed in a book, camping with her husband and son, or enjoying a long run. A highly respected leader in the field of Behavior Analysis, with an educational and professional background in counseling and psychology, Traci came to Springbrook in 1999. “I started here as a temporary job, looking for a place to figure out my next step,” she shares.

Lucky for us, each new step in Traci’s career has been with Springbrook, where she “made a home” for herself. Today, we are excited to congratulate Traci on her 20-Year Milestone! Traci began as one of Springbrook’s first (and for many years, only) Behavior Specialist – working with children and adults across Springbrook’s programs. Her work at that time, as a member of Springbrook’s Article XVI Clinic, gave Traci a broad perspective of Springbrook’s diverse programs, employees, and needs of the people we support. This perspective continued to expand with her next step at Springbrook as a member of the organization’s first Quality Assurance department. Throughout her years with QA, Traci continued her work in Behavior Analysis, becoming the Lead Behavior Specialist and building the Behavior Team.

In 2006 Traci took on her next role—and most challenging to date—as the Assistant Director of the Golisano Program. Traci was a key member of the team that envisioned, planned, and implemented one of New York State’s most innovative programs for young people with autism—navigating the development of a brand new program while also becoming a new mother. She shared that she was often so tired at this time in her life that she would stop midway on her hour-long commute to and from work to take a quick power nap in the car, “just to make the commute safely!” In her time as an AD, Traci grew into the capable, fair, and respected supervisor that she is known as today. Her approach to managing her teams is about equity, hard work, understanding, and holding people accountable.

She shared with us that working at Springbrook has changed her perspective about many things in her life. “Certainly about how I feel about and advocate for people with developmental disabilities—that has only gotten stronger in my time here. I have also gained confidence and knowledge about everything I do. I’ve been given the opportunity to lead and been supported throughout my career. And, I’ve learned how to express myself, particularly in difficult situations.” This growth as a professional became clear when, two weeks before the official opening of the Golisano Program, Traci was asked to step-in as the Interim Director. After “holding the record for the longest interim run,” Traci officially accepted the permanent role of Director of the Golisano Program, which she held until this past October of 2019, when she was promoted to Director of The School at Springbrook (bridging the schools many unique programs—overseeing them as a whole).

20 years with an organization is no small accomplishment, and reaching such a Milestone is never done alone. Traci credits the support of many throughout her Springbrook journey – her first mentor and current colleague, Jeff Edelstein, for encouraging her early work in Behavior Analysis when many others did not understand the approach; Springbrook’s Chief Operations Officer, Seth Haight, for being such a persuasive, positive influence—encouraging her to take on leadership roles even when she resisted; Patricia Kennedy, Springbrook’s CEO, for always asking “what more can we do to support you,” rather than “what more can you do for us”; and, her team of colleagues within the school and across the organization, for their perseverance when things get difficult.

When we asked Traci to share her advice for current and new staff, she underscored her guidance with a poignant memory:
“When I was a Behavior Specialist, I worked with a student who was very aggressive. He would aggress when someone got too close, when he felt that someone was in his personal space. He knew that aggression was a very effective way to get someone away from you—so many people were scared of him. What he needed was to be taught a different way to communicate. So, I began visiting him on Fridays. Each visit I would come closer and closer, inch-by-inch, until he would try to hurt me. Then, I would redirect, telling him to say ‘go away.’ Many Fridays I went home with bruises and odd looks from staff who didn’t understand what I was doing. But I returned, and finally one day, he said, ‘GO AWAY!’ And, from that day on, he had the ability to tell people to go away.”

Thank you, Traci, for 20 years of being a teacher!