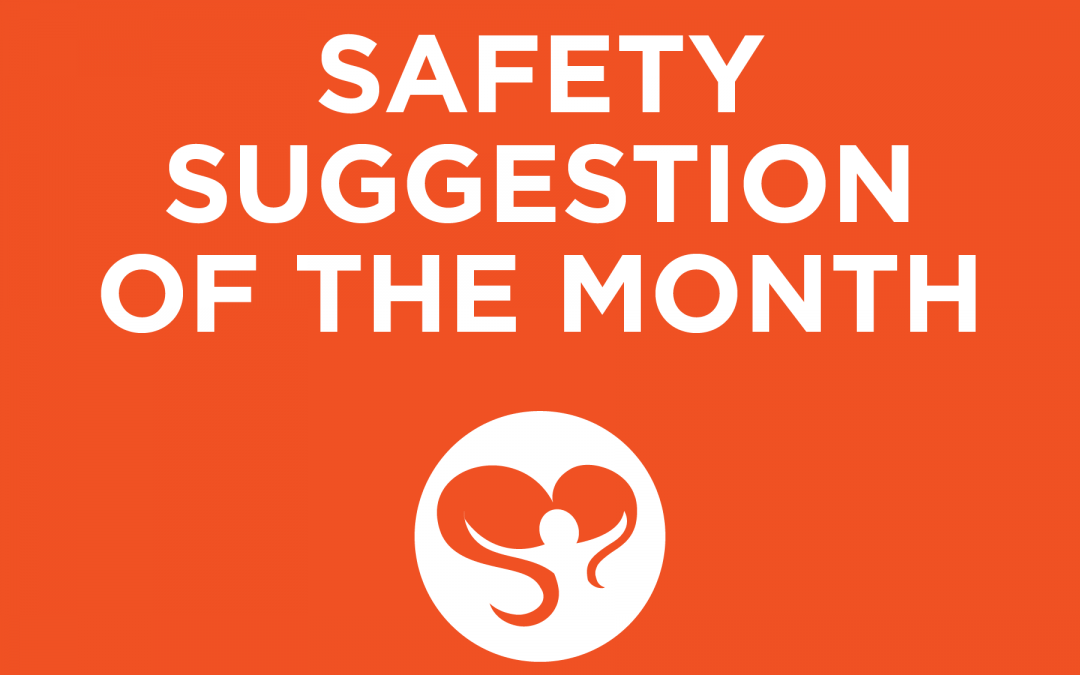 The possibility of having a fire in the workplace may seem like a remote one, but fires and deaths by fire, are more common than many of us realize. In the U.S., in 2017, there was a civilian fire death every 2 hours and 34 minutes and a civilian fire injury every 36 minutes. Sadly, many of these fires were preventable; however, the good news is that by understanding what makes fire so dangerous and by taking precautions, you can protect yourself and the people that depend on you from a devastating event. This article will offer prevention strategies to reduce the risk of fires in our workplaces and homes.

The dangers of fire cannot be overstated. Fire can double in size every 30 seconds, temperatures in a fire can reach over 1000 degrees Fahrenheit, and fire gives off deadly smoke and gases like carbon monoxide and hydrogen cyanide. Most people who perish in fires have died from smoke and gas inhalation. Many Springbrook employees work in home settings, where the risk of fire is the greatest. According to the National Fire Prevention Association, four out of five U.S. fire deaths occur in the home, and the top causes of fire deaths and injuries include extension cords, cooking equipment, and ineffective or missing smoke alarms.

There are several fire prevention strategies that should be implemented and followed regularly in any home environment. It goes without saying that smoking in all Springbrook buildings including homes is never permitted. Smoke alarms should be installed in every sleeping room, outside of sleeping areas, and on every level of the home including the basement. They should be tested at least once a month, batteries should be changed annually, and alarms should be replaced every ten years. For individuals with special needs, there are alternative types of smoke alarms that use a low-pitch sound or vibrations to signal smoke detection.

Cooking is the leading cause of home fires and fire injuries in the U.S. According to the National Fire Protection Association, ranges or cooktops cause 62% of home fires. When working in the kitchen, never leave cooking unattended. If you need to leave the kitchen, shut off any cooking appliances or take something with you to remind you that the stove is on. It only takes seconds for a fire to occur. Make sure the areas near any heat sources are clear of paper, fabric, and other materials that can burn. Avoid wearing loose sleeves around cooking appliances. Finally, check that everything is turned off when you are finished cooking, and unplug countertop appliances when not in use.

A clothes dryer is another common home appliance that poses a fire hazard. Every year, firefighters respond to approximately 14,600 home fires caused by clothes dryers and one-third of these are caused by an accumulation of lint. Lint builds up on the heating element and other places inside the dryer, causing it to overheat and catch fire. It is recommended to clean the lint out of the filter every time it’s used, and that dryer ducts be cleaned out annually.

Electric shock and electrical fires are risked when extension cords, power strips, outlets, and plugs are improperly used or overused. With continuous use over time, an extension cord can deteriorate rapidly, creating a shock or fire hazard. The Electrical Safety Foundation International (ESFI) advises that extension cords not be used for more than one appliance. The ESFI also recommends using only cords with polarized or three-prong plugs that have been approved by an independent testing laboratory. Check that the extension cord or power strip you use is rated for the products to be plugged in, and marked for either indoor or outdoor use.  Never use an extension cord that has a lower wattage rating than the appliance you are plugging into it. Do not run electrical cords underneath carpets or rugs, as they may become damaged or overheat, causing a fire. Cords that feel hot to the touch should be unplugged and replaced.

There are other fire risks in the workspace that may not cause as many fires due to their occasional or seasonal use, but bear mentioning. For example, although it’s not always permitted to do so, many of us use portable heaters, air conditioners and fans in various settings. If you do use a space heater, make sure that paper, upholstery, clothing, and other combustible materials are kept at least three feet away from the front, sides, and rear of the heater. Only place the heater on a stable, level surface where it will not be knocked over. Never leave a heater operating unattended and never plug any of these appliances into an extension cord or power strip—only use a wall outlet and ensure that the plug fits tightly.

When decorating a space with holiday lights, inspect them before use and be sure to unplug them before leaving. Outdoor fire safety precautions include placing grills at least three feet from building exteriors, deck railings, eaves, and overhanging branches. Propane tanks should be kept at least five feet away from homes. Only light a gas grill with the lid open and use long-handled utensils and oven mitts when grilling to prevent burns.

Know the locations of any fire extinguishers in your work environment. It is recommended that you do not try to use a fire extinguisher until others have been evacuated safely and it is certain there is a clear exit for the person using the extinguisher. Extinguishers should be used only to keep a small, self-contained fire from growing, and only when the room is not filled with smoke, or to create a safe pathway out of a fire. Be sure to familiarize yourself with the four-step PASS procedure for using fire extinguishers before you ever have to use one:

Lastly, make sure floors and especially exit routes are kept clear to reduce the risk of a blocked exit or tripping in the event of a fire or fire drill. If you notice any problem areas or fire hazards in your workspace, alert your supervisor right away. As always, feel free to contact the Safety Committee with any questions, suggestions or concerns.