35 years is an incredible milestone for a career, especially in this day and age when people change jobs often and the average time in a position is just over four years. We are immensely proud of these milestone employees and are pleased to bring their stories of celebration to our community! 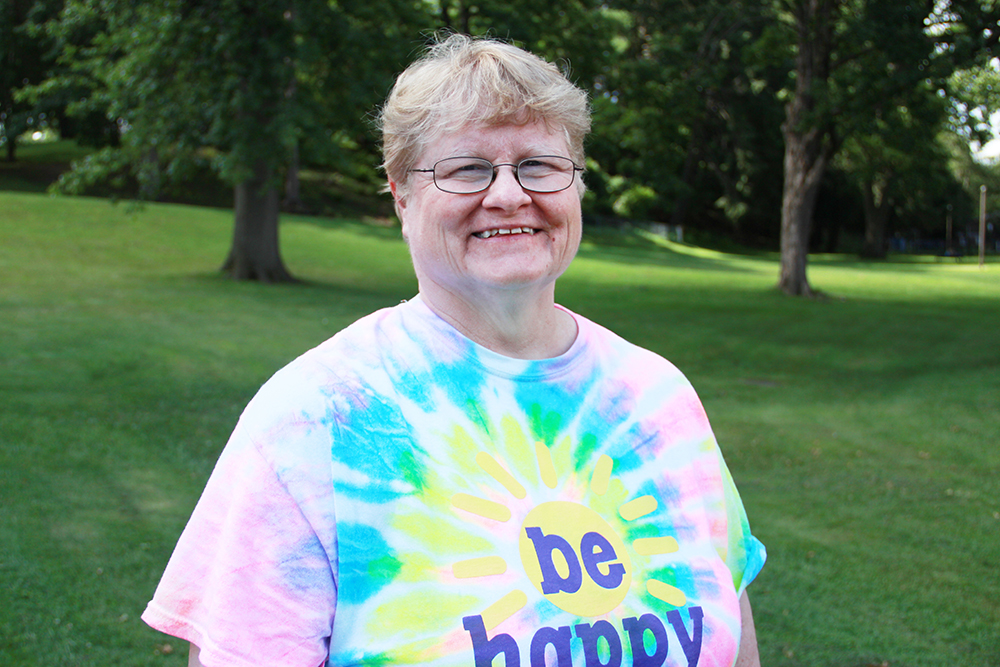 Laurie Spicer is a familiar face throughout Springbrook—it’s no surprise, seeing as she has worked as a Recreation Therapist here for 35 years!

When you talk to Laurie about her time at Springbrook, the love and passion she has for her work quickly become evident. Her most treasured memories involve adventures she has orchestrated with students, particularly the annual camping trips to Meadowvale Campground she planned from the mid-eighties to the mid-nineties. “Many of the students had never been in a tent or slept outside before, and they had so much fun! That was my all-time highlight,” said Laurie. “I took each dorm for two overnights. We went on boats and fished, had campfires every night—it was a lot of work, but it was so rewarding. There have been many kids who would put their coats on as soon as they saw me come in the door—because they knew I was the one who was going to take them somewhere!”

Laurie genuinely realizes the importance of exposing the children to new experiences as a significant component of individual growth. She shared that one student she works with recently got to see a farm and farm animals for the first time after moving here from Brooklyn. “It brought tears to my eyes to see her so excited,” she said. Laurie’s planned events extend beyond the great outdoors, however. On occasion, she’d arrange to take students to New York City to see a Broadway show or see the Rockefeller Center Christmas tree. Every Wednesday before the pandemic, she’d make a themed dinner at the FEC – sometimes for up to 85 people! For example, they would watch Disney’s, The Little Mermaid and eat stuffed shells; or have spaghetti with meatballs for Lady and the Tramp. “I’m really going to miss that,” she reminisced.

We asked Laurie what has changed at Springbrook over the past 35 years. Her eyes lit up and she laughed. “What hasn’t changed?” she said. When Laurie started, Springbrook was still Upstate Home for Children and Adults. There were 48 students in the residential school program, divided into four living units in the school building (where the physical and occupational therapy rooms and the nursing suite now exist). Laurie lived in the White Building, upstairs where there were two apartments, with three other staff members; there was another apartment downstairs as well.

Laurie grew up in Hornell, NY, and went to Houghton College, a small, Christian liberal arts college not far from there. She majored in recreational therapy and psychology and came to work at Upstate Home in 1986 because they offered a position in her field. “I didn’t have a lot of experience when I first started,” she said. “But that’s something nice about Springbrook; they take you under their wing and teach you. I had an internship and a couple of years at a camp for kids with special needs under my belt, but that was it.”

While at Springbrook, Laurie became close friends with Alice Loomis, the assistant administrator under Bill Nunn, then CEO. “Alice died about ten years ago; she was my best friend in the whole world,” said Laurie. Alice’s passion for the students at Springbrook was an inspiration to Laurie. Sometimes they would have lunch together at a café that used to be in the school, called Sutton Place. Laurie also attributes much of her success to having worked under Jeff Edelstein. “I’ve been very fortunate to have Jeff as a supervisor; he is very trusting, and it is nice to work for someone who has faith in what you do.”

This August, Laurie retired from her position as a recreation therapist and moved to a part-time role in Self-Directed Services, allowing her to care for her elderly father, who lives with her. “I’ve given my heart and soul to Springbrook,” she said, “but now I need to take more time to care for my dad.”

In her free time, Laurie is an avid outdoors enthusiast and loves to bike and hike. Most people probably don’t know that when she turned 40, she ran the Pit Run 10k race, completed a 70-mile canoe regatta from Otsego Lake to Bainbridge, raced a “bike a century” event where she rode 100 miles in one day and did a 5-mile cross-country ski race, where she won second place! “I’m not a city girl,” she jests. Laurie is also heavily involved with her church, Elm Park United Methodist. She teaches Sunday school and vacation bible school.

Laurie has helped many, many children over the past 35 years. “Every day is different. Every day is rewarding. You don’t ever know what you’re going to walk into. But, watching kids grow and learn is amazing, and it’s not about the money. It’s about helping kids live the fullest they can and have fun in life. Just seeing kids learn how to tie their shoes and take their shoes off or put new ones on at the bowling alley or the roller rink. It’s about making learning fun.”

Thank you, Laurie, for all your years of dedication and love to Springbrook.