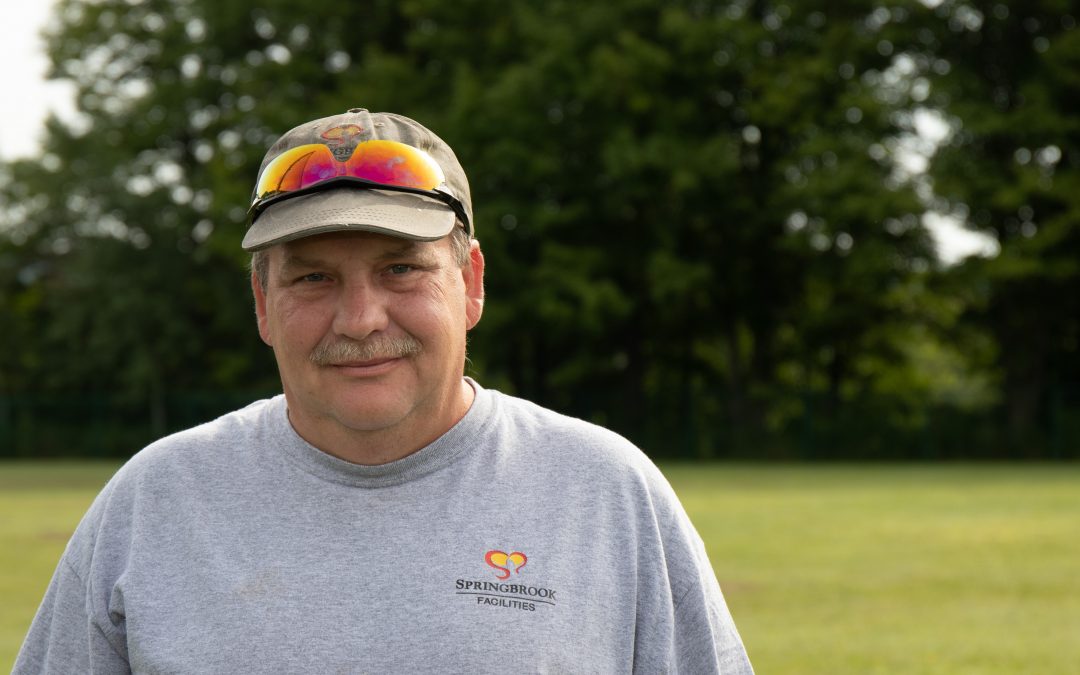 25 years is an incredible milestone for a career, especially in this day and age when people change jobs often and the average time in a position is just over four years. We are immensely proud of these milestone employees and are pleased to bring their stories of celebration to our community!

Staff and residents easily know when James Dutcher is arriving at a home. They can see his “leg lamp” from A Christmas Story on the dashboard of his facilities vehicle, bobbing up and down to his usual soundtrack of classic rock anthems. Before coming to Springbrook, James served his country as a helicopter operator in the US Army, and later worked on boilers in all kinds of unique locations throughout New York City.

James is celebrating his 25-year Milestone with Springbrook this year, having started his journey in 1996 with the facilities department, where he still works today. He found Springbrook because his mother-in-law, a food services employee, encouraged him to apply. At the time, he was tired of his long commute and the hectic and unpredictable nature of working in the city. James is known to be a “jack of all trades” and does a little bit of everything for the facilities department.

If you’re ever curious about what is going on at Springbrook, James is the man to ask. He stays well-informed with what’s going on because he likes to advocate for the people supported by Springbrook. James said his main reason for staying at Springbrook is all about the students and residents—it’s never about the money or the position. The relationships he has built have brought him much satisfaction and fulfillment over these 25 years.

James is no amateur when it comes to surprises, whether in his work or his personal life, seeing as every day is different at Springbrook. Once, however, James went on vacation with his family to Six Flags. He worked up the courage to do the “Superman Drop” and right after that exhilaration ended, his daughter gave him a huge surprise—James was going to be a grandfather! This was a huge mix of emotions and “the rush of a lifetime,” he said.

James has no plans to stop anytime soon. “I started here just to get a job,” he said, “and I have stayed 25 years because of the relationships I have built.” James builds and helps maintain much more than buildings at Springbrook—he builds smiles as well!

Congratulations on your Milestone, James, and thank you so much for your 25 years of service!