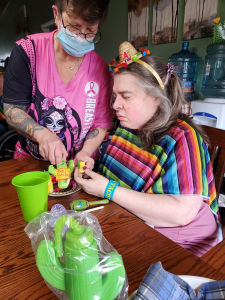 Did you know Cinco de Mayo is also known as the Anniversary of the Battle of Puebla? The holiday, celebrated each year on May 5th, is in honor of the military victory in 1862 over the French forces of Napoleon III. In Puebla, Mexico, Cinco de Mayo brings celebrations in the form of parades, speeches, and reenactments of the battle. The celebration of Cinco de Mayo came to the United States in the mid-twentieth century and became a way for Mexican immigrants to encourage pride in their Mexican heritage.

The Sherburne Community Home learned about Cinco de Mayo and commemorated the holiday last week! The residents, staff, and even the house cat, Joey, enjoyed the colorful decorations, and festive guitar music from staff member Bob H. The staff and residents had fun while learning about another culture. 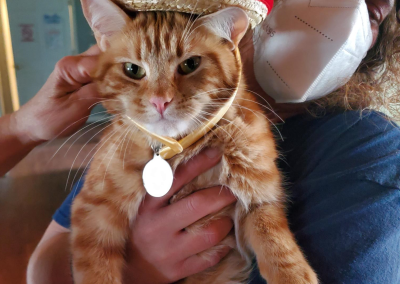 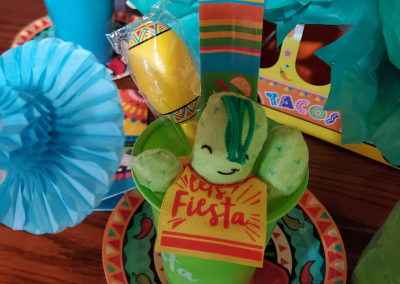 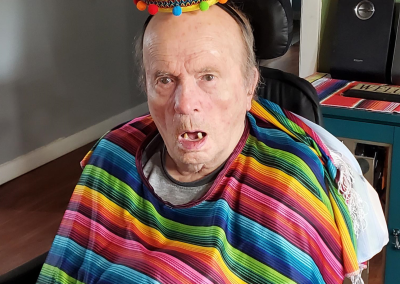 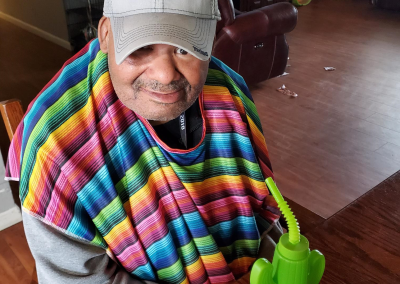